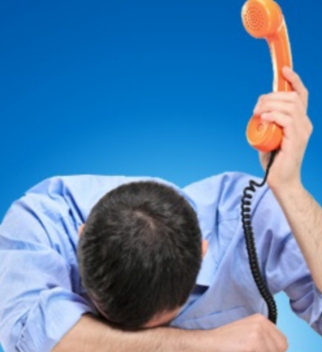 The other day I gave an impromptu speech at my Toastmasters club.  I started out by asking how many people knew about Citizen’s United.  One hand was raised.

Then I asked how many people knew about robocalls.  Nearly every hand was raised.

That summarizes how limited the marketing campaign is for reversing Citizen’s United and approving a 28th Constitutional Amendment to do so.  People just don’t have the time to understand the ramifications of the Supreme Court ruling in the Citizen’s United case.

We have a better chance of passing a 28th Amendment and make change if we concentrate on something most people hate.  Yes you got it – robocalls.

Henceforth, we need to call the 28th Constitutional Amendment the Political Robocall Amendment.

I learned the other day that England actually allows their political campaigns to last only one month.  What a concept.  But I am setting my sites on larger fish than a one month time limit.

I am targeting the Super PACs, and the out of control campaign spending by the rich .003 percent of the population, and the enormous amounts of political television ads and of course the ginormous numbers of robocalls by politicians. I have had enough and I am not going to take it any more.

There are plenty of people and cities that feel the same way.  There are hundreds of websites supporting a 28th Constitutional Amendment.  I agree with them because it is the only way to reverse Citizen’s United. But there are at least 20 proposed versions.   Most concentrate on the following two issues:

1. corporations are not people or citizens

2. money is not free speech.

We need to get down to one version.  The MoveToAmend.org version appears to have the most support.  It is rather simple as most approved amendments tend to be.  But I have several concerns.

One concern is the need to define citizens as individuals and restrict ONLY corporations.  Instead we need to restrict ALL groups of people, whether they are corporations, for-profits, non-profits, unions etc.  If we restrict one group, money will flow to others.

Likewise, I hate to say it, but we will never get rid of all robocalls, but we can limit them.

Here is my attempt at an amendment which indirectly eliminates Super PACs and greatly reduces robocalls.

1. Each citizen is a person as defined in the Constitution with human rights and these rights are not granted to artificial groups of people.

2. Campaign contributions shall be allowed only by citizens and the amount per citizen per election shall be determined by Congress.

Here is a book about this very subject.