THE FED has increasing employment as part of its charter. Yes, inflation is not the only goal in the charter. 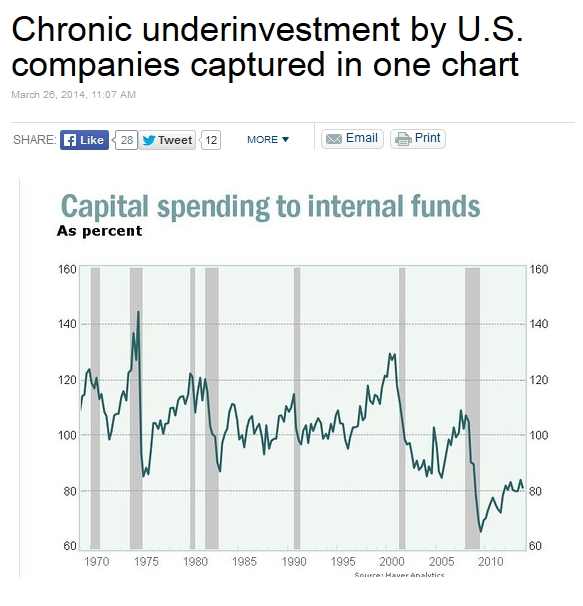 As this chart shows,US businesses are NOT INVESTING in capital for the future and consequently few new jobs are being created.

The Center for American Progress (americanprogress.org) has recommended creating a NATIONAL INFRASTRUCTURE BANK to fix our crumbling national infrastructure.

THE FED can use the LENDER OF LAST RESORT powers which allow lending to any institution including states and cities not just the financial institutions which are only using the loans to pump up the stock market.  THE FED could loan to the NATIONAL INFRASTRUCTURE BANK.

States and cities could use the loans for infrastructure which would CREATE JOBS similar to the Civilian Conservation Corps.  For example the Fed could have used these powers to bail out Detroit.

Read about it on wikipedia: