I tell them it means “Government Obstructionist Party”. 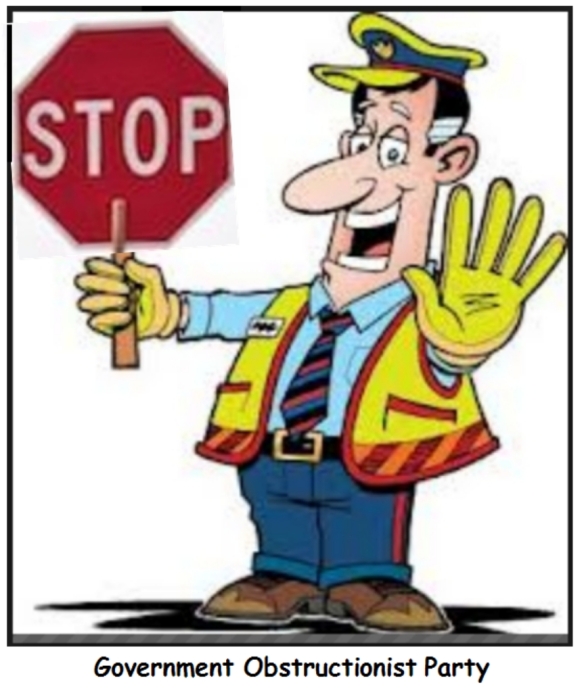 They shutdown the government rather than pass a budget and raise the debt ceiling.

Consequently the economy lost $24 billion dollars for the quarter.

And the Congressional members did not lose a dime of income during this shutdown.

Here is a list of names of the 144 obstructionists that voted NO on the House of Representatives bill that raised the debt ceiling.  All of them are members of the GOP.

Here is a quote to think about.  “The extreme right has 90 seats in the House,” Mr. Echevarria, CEO of Deloitte, said. “Occupy Wall Street has no seats.”

Please make a note of these for the 2014 election so we can even the score.